The Start of the Zombie Apocalypse in Pictures

At least that's what it looks like in my area of Queens.  Since the blizzard on Sunday, my street has looked like this: 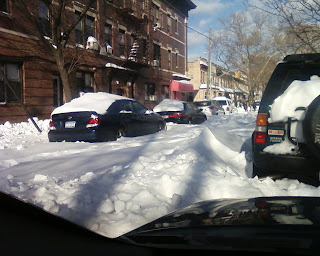 Nope, I'm not kidding.  This was taken earlier this afternoon while I was in my car.  I have a few more choice images here that will disgust you if you live in a major city or expect your city to, oh I don't know, CLEAN UP THE FREAKING SNOW.  Take a gander at these: 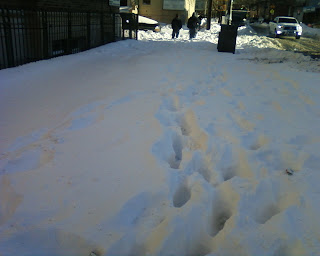 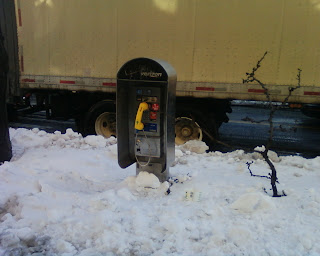 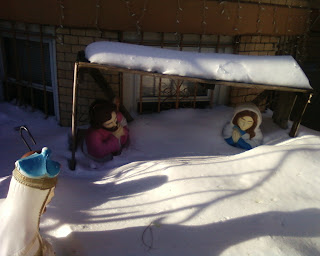 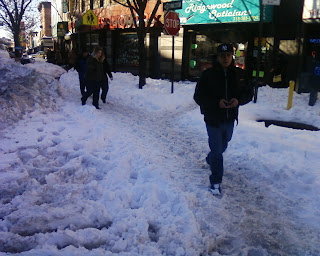 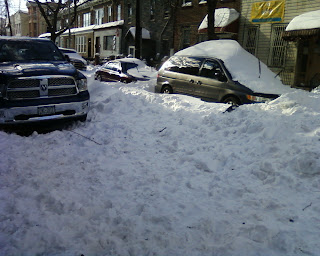 Considering that the road looked like this as I was walking back home after this little journey, 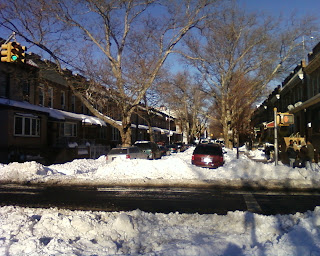 I seriously wonder how the neighborhood's going to be after a few more days of this & no garbage collection.  Bloomberg claims there's snow cleanup going on here; I have to say "HA!" to that.  You can't get anyone on the city's complaint line or it's hopelessly busy while jerks like this guy get away with this type of cleanup job: 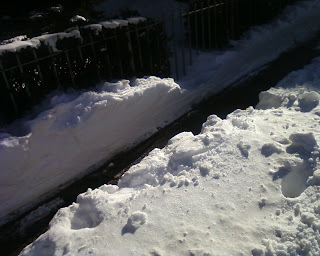 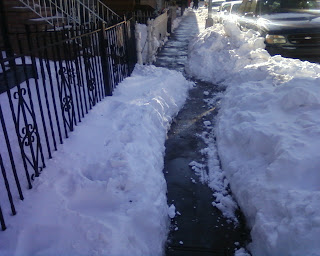 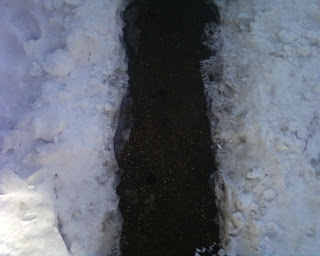 Here's what happens in real time when the streets are cleaned like this: 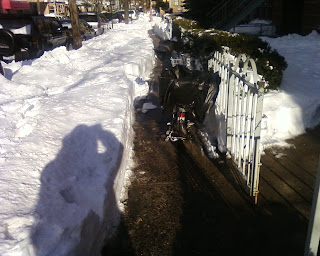 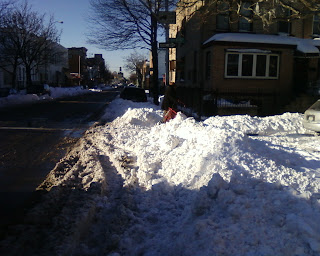 See that?  Tip your delivery people very well if you're expecting someone to show up in this mess.  I've not even gotten my mail since before Christmas.  I shared my pics on line in the hope that action is taken.  My husband hopes that maybe some news publication would buy one of my pictures since I got some unbelievable sights as well.

Oh, and it gets better.  In some cases, you have to decide between stepping in fresh dog mess or walking in this deep snow. 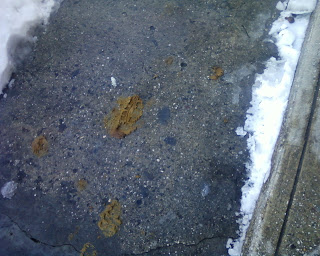 So here's a sign we're officially in the zombie apocalypse: 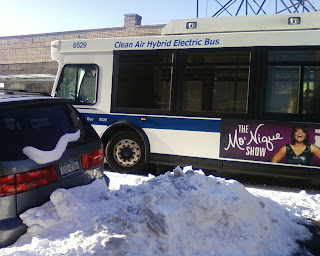 When your mayor is a classist jerk who only cares about Manhattan, you get sights like this: 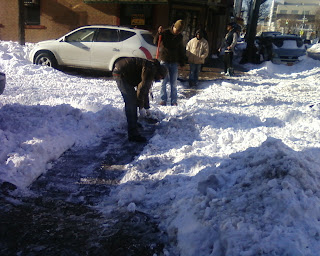 This is called "citizen action."  People taking matters into their own hands when their city government has completely failed them.  Next thing you know, we'll have rotting garbage piles to add to the snow ocean that is my neighborhood.

One charming thing I saw was these people creating their own little snow hideout.  I had to get pics of it b/c when I was walking by, two people were actually inside these holes. 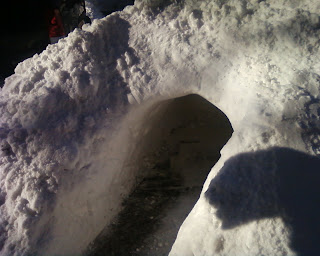 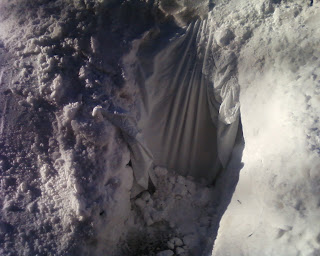 Those people were awesome but I asked to take the pic since I didn't want to be intrusive & rude.  I don't photograph for those purposes.

Now I had another motive for taking these pictures.  My husband's employer had the gall to open his place of business today.  He doesn't work in the medical field, law enforcement or even for NYC Transit or the Sanitation Department.  In other words, no one has ever died because his place of employment wasn't open at this precise nanosecond.  Then a number of people who came in were completely rude; screw you if you're not in need of medical treatment or a ride to the hospital, police station, what have you.  I wouldn't be nice to you in those circumstances; I'd point out the snow ocean & tell you to go dive in it.

Add to this that most employers don't care if you live or die when asking you to report to a job that doesn't entail showing up in these conditions as a matter of course.  You can save the CEO's life & get rewarded by being fired.  Don't expect loyalty from your employees if that's how you operate & don't expect people to risk life & limb to go to a job for non-essential services.

I swear, if someone could come up with a chemical compound that melted snow instantly without harming anything underneath it or polluting the environment and just reduced the snow to harmless vapor then that person would make a ton of money.  I'd certainly want some myself.  How about you?

See Facebook or ask me privately if you'd like to see more evidence of the utter trashiness & stupidity of higher ups who wouldn't traipse around in this ocean of snow themselves.
Posted by Film Co. Lawyer at 7:30 PM